While there are many different gay ghettos or LGBTQ-friendly neighborhoods around the country, some have gained more popularity than others. Homebuyers often ask gay and lesbian real estate professionals to find them a home in these areas. For some, living in one of these areas makes them feel safer. For others, it’s the chance to be a part of a community. Some simply love the location and the housing. If you’re looking for a gayborhood to call your own, here are some of the top ones in the country. 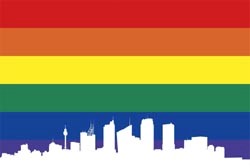 The West Village is the gayborhood that started it all—no, it wasn’t the first gay neighborhood in the U.S., but it was the home of the Stonewall Inn, the site of the famous Stonewall Riots that started the LGBTQ pride movement. West Village features a monument to Stonewall, a number of gay and lesbian bars, and is the location for New York Pride. It’s still a gay neighborhood, even if the number of LGBTQ residents isn’t quite as high as it once was.

Alternatively, New York City has a few other neighborhoods that have large LGBTQ populations, including Chelsea, Hell’s Kitchen, Harlem, Williamsburg, Bushwick, Jackson Heights… basically each of the five boroughs has at least one gay neighborhood.

No list of gay neighborhoods is complete without San Francisco’s Castro. One of the earliest LGBTQ neighborhoods, the Castro is still going strong today. One of its few downsides is the housing costs, though. It’s not cheap to live here. Many who want to live in San Francisco quickly realize that the suburbs offer much more affordable housing and, thanks to the BART rail system, just as much access to everything in the area.

If the Castro isn’t to your liking, you can move south to West Hollywood. The WeHo area is known for the Sunset Strip, a section of Sunset Boulevard that’s full of great restaurants, boutiques, and event venues. Of course, you’re more or less exchanging one large housing bill for another—WeHo isn’t cheap!

The heart of the Houston, Texas, LGBTQ community is Montrose. Many active LGBTQ groups advocating for equal rights in Texas have come out of Montrose, although today the area is fairly gentrified. In addition to LGBTQ bars and clubs, Montrose now features art galleries showcasing works by artists such as Picasso and Warhol. It’s got a little bit of everything, and it’s all wrapped up in Texan charm.

Sometimes it’s hard to point to one feature of your home and blame it for why the property hasn’t sold. This is true for homes owned by LGBTQ sellers and straight sellers alike, but sometimes there are some things that do make it more difficult to sell your home. Gay and lesbian real estate agents may point out these features to you when working on how to market your home, and you definitely want to listen to them. 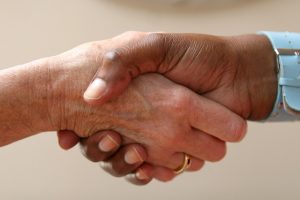 While it’s not always easy to pick up on, some potential buyers who seemed very excited to view your home may suddenly change their minds after they find out that a same-sex couple lives there. This is one of the reasons why it’s important to both remove most of your personal items from the home and not be present when potential buyers are viewing the property. That’s easy to do when you’ve already moved out, but it’s not as simple if you’re still living there.

Remember, the idea is for the potential buyer to see themselves living in the home. That’s harder to do if you have pictures of you and your partner around or if you’re physically there. You should also remove any artwork that’s on the risqué side. By making your home more neutral, you can also minimize the chance that the buyers will discriminate against you.

Don’t Be Offended if You’re Asked to Paint

You might love bright colors or having an accent wall, but that could be a turnoff to some buyers. Going back to a neutral color may seem boring to you, but it will help attract buyers. Remember, they’re probably going to repaint everything anyway!

Wrap Up Your Projects or Have Someone Finish Them

It’s definitely a stereotype that lesbians are always doing home renovation projects or that gay men are constantly redecorating their homes. However, like most stereotypes, there’s a kernel of truth here. If you’ve started a home renovation project, you can’t expect the next owner to finish it. Seeing a basement or attic that’s only half-finished can be a turnoff to buyers. They don’t want to take on your projects, so you’re going to need to wrap them up or hire someone to finish them. If you’re planning on selling in the new future, you may want to think twice about starting a project you aren’t sure you’ll be able to complete.

When people think of Texas, they don’t immediately think of LGBTQ rights or even active communities. The large cities of that state, though, are fairly liberal and welcoming. Dallas/Fort Worth, Austin, San Antonio, and Houston have thriving gay and lesbian communities. Houston, in particular, is home to a large LGBTQ community and culture. The history of this community centers around the neighborhood of Montrose.

The Beginning of the Gayborhood

Montrose – The Gay Ghetto of Texas

The neighborhood that is now Montrose began in 1911 as a new development. The neighborhood was a planned community, and it was designed so that residents could ride the Houston streetcar into the main part of the city for work. While the area was on the edge of the city at the time, its designer J. W. Link anticipated it would be just the first of one of these communities. It turns out he was correct, and today, Montrose is actually considered the Heart of Houston.

In the 1960s, the counterculture movement was in full swing in Montrose. With all of these artistic individuals moving into the neighborhood, it was inevitable that a number of LGBTQ people would make Montrose their home.

By the late 1970s, some gay bars had moved into the area, leaving the Downtown and Midtown areas. By 1985, Montrose had become the de facto gayborhood of Houston. At least 20% of all residents here identified as LGBTQ. Many gay and lesbian owned businesses found their way into this mostly residential zone.

While Montrose was the center of LGBTQ life in Houston for several decades, the late 1990s saw the area become very gentrified. Housing prices hit the million dollar mark for a number of properties. What used to be a suburb for commuters was now a popular district for those looking to settle and raise a family. Gay and lesbian real estate professionals found that many no longer could afford to buy homes in Montrose.

Because of this, today’s LGBTQ individuals and families moving into Houston are looking elsewhere. Some have started to move into Houston Heights, although house prices there are also fairly high. Others are looking at some of Houston’s suburbs and outer areas. Thanks to increased acceptance, the idea of a central gayborhood in Houston has become something of the past. Residents don’t feel as if they have to live among others in the LGBTQ community.

While it may not be the most affordable housing in the city, Montrose does have some beautiful townhouses, bungalows, and cottages available. Take a look at what properties are on the market if you’re considering a move to Houston.

Most LGBTQ people looking to make a name for themselves in the theater have a common dream: to star in a play on Broadway. That means moving to New York City. While NYC is pretty much considered an entire gay neighborhood in and of itself, it does have one special area that played a major role in LGBTQ history: Greenwich Village. This district, a part of Lower Manhattan, is considered a Bohemian neighborhood and the home of both Beat and the LGBTQ rights movement.

On June 28, 1969, a police raid on the Stonewall Inn, a popular LGBTQ hotspot, led to a series of riots as members of the community, drag queens, and their supporters stood up to the authorities and stated that they had done nothing wrong. The situation spiraled out of control, with protests occurring several nights after. The residents of Greenwich Village quickly formed activist groups and, for one of the first times ever, LGBTQ people stood up and demanded the right to be open about who they were without fear of any legal repercussions.

The year following the riots was a major turning point for LGBTQ rights not just in New York but around the country. The idea of forming activist organizations spread to Chicago, San Francisco, Los Angeles, and other major cities. LGBTQ newspapers began publication, increasing visibility of the community. In June of 1970, on the year anniversary of Stonewall, the first pride marches were held.

Today, the neighborhood of Greenwich Village is defined as the area between Fourth and Sixth Avenues and between Houston Street and 14th Street. It’s a fairly small neighborhood, and a good portion of it is taken up by Washington Square Park. Because it’s so small, it’s also a very tight-knit community. The streets are fairly narrow, and many of them are lined with trees that look gorgeous during the fall. Most of the homes here are either apartments or brick townhouses that have stood for decades.

Like all neighborhoods of New York, Greenwich Village isn’t cheap. Any condos, apartments, or houses that cost less than $1 million are considered major bargains, and gay or lesbian real estate agents with such listings usually don’t have them for long. You can usually expect to pay at least $1.5 million for a home here. Most of these homes have been kept up and renovated over the years due to gentrification, so you’re definitely getting your money’s worth. The chance to live in the area where the fight for LGBTQ rights may be worth more than money.