Many people think of Los Angeles as a welcoming place for everyone, but that’s not necessarily the case. There are parts of LA that are conservative and parts that are quite open and progressive. Silver Lake is one area that’s considered an LGBTQ haven. Founded in the 1900s, this community has served as home to Walt Disney’s first major studio, unique pedestrian staircases, and more.

When Did Silver Lake Become a Gay Ghetto? 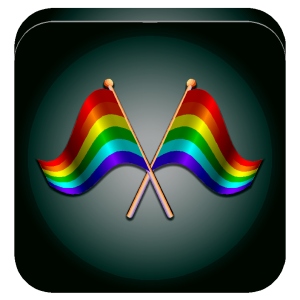 Silver Lake didn’t start out as a gay village. In fact, during the 1950s and 60s, the community was home to many Latino citizens. They mostly commuted to downtown LA to work in the various manufacturing plants located there. However, the 70s saw these plants close due to outsourcing. As a result, Silver Lake fell into decay, and many of the more affluent homeowners left the area.

As they moved out, LGBTQ individuals and families moved in. As with many cities, LA had slowly pushed those they found “undesirable” to the more disreputable neighborhoods. Silver Lake became a hub for the gay leather subculture of LA. For a time, it was known as a location for public sex, but that changed in the 1990s. Gentrification began transforming the area, and today, Silver Lake is home to many boutiques, restaurants, and other shops. Home prices have risen, too, driving out some renters and making it difficult for others to buy property in the community.

The Mattachine Society and The Black Cat Tavern

While it didn’t become a full-fledged gay neighborhood until the 70s, the LGBTQ community has had a presence in Silver Lake since the 1930s. The gay organization Bachelors Anonymous, which later became the Mattachine Society, is considered the first organized gay group. Its founder lived in Silver Lake and often held meetings there.

Silver Lake made headlines in 1967 after police raided the Black Cat Tavern, a popular LGBTQ bar. Fourteen people were arrested, and brutal force was used. Six weeks later, community members held a protest, one of the first for LGBTQ rights. This happened two years before the Stonewall Riots. Some 25 years later, in 1992, LGBTQ activists marched down Sunset Boulevard in protest of violent acts perpetrated against gay men in the area.

Looking to Live in Silver Lake?

While the price of buying a home in Silver Lake has certainly increased, it’s worth it if you want to live in what many call the hippest neighborhood in LA. You can contact a gay or lesbian real estate professional to get the ball rolling.

How Have LGBTQ Buyers Affected the Real Est[…]