Kansas Has Some Very LGBT Friendly Areas of the State

Are you working with a gay or lesbian real estate agent to facilitate a move to Kansas?  If so, you may be wondering what sort of things to expect from the state. You have probably heard of some horror stories regarding discrimination and attacks on LGBT people. In 2015, for example, the governor removed an anti-discrimination executive order that provided protection for state LGBT employees. But while that’s true, not all cities in Kansas are unwelcoming.

The History of LGBT Legislation in the State 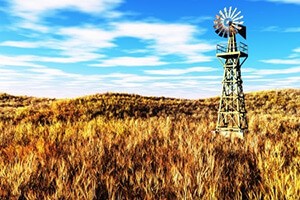 Like most states, Kansas did have laws making consensual same-sex sexual activity illegal in the state for years. It wasn’t until the 2003 case of Lawrence v. Texas that those laws were invalidated. Following that case, a Kansas case took it a step further and changed the state’s laws regarding statutory rape. Before State v. Limon, same-sex statutory rape carried a harsher penalty.

A number of lawsuits followed, and at one point, one same-sex couple did manage to get a marriage license and successfully marry in 2014, but the state’s Supreme Court quickly forbid any more marriage licenses from being issued to same-sex couples.  However, it wasn’t until Obergefell v. Hodges that Kansas began issuing licenses statewide.

Prior to same-sex marriage becoming legal, the cities of Topeka and Lawrence maintained domestic partner registries.

LGBT citizens in Kansas have had a number of battles over adopting children.  In 2012, the Kansas Court of Appeals determined that single people could not adopt a child without first terminating the parental rights of the biological parents.  Prior to same-sex marriage becoming legal, this basically prevented LGBT couples from petitioning for second-parent adoptions.

Kansas does have hate crime laws that protect people on the basis of sexual orientation, but they do not include gender identity.

Living the LGBT Life in Maine