With its lack of sun, constant cold, and incredible snowstorms, you might think no one in their right mind would want to move to Alaska.  While it’s true that the northern-most U.S. state isn’t exactly at the top of many people’s list of places to live, the people there love their state.  Alaska hasn’t been one of the states we’ve heard that much about in the fight for LGBT rights, but that doesn’t mean there’s no gay and lesbian community there.  In fact, Alaska does have a good number of LGBT people. 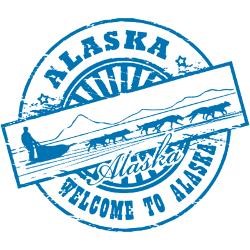 As one might expect, most of the LGBT community is based out of the larger cities of the state, especially Juneau and Anchorage.  Juneau’s gay and lesbian population may not always be the most active group, but the city does have an active PFLAG chapter, host pride events, and more.  The people in Alaska may be more on the conservative side politically, but they also value independence and truth.  Most are welcoming or, at the very least, tolerant of those who live their lives differently.  The City of Juneau was one of the first cities in the state to extend domestic partner benefits to spouses of same-sex couples.

Anchorage is about the same.  Because it’s a larger city, it has more resources and activities for its LGBT population.  You’ll find a few gay bars and clubs there, plus the city is home to the Gay and Lesbian Community Center of Anchorage.  There are several gay and lesbian realtors in Anchorage and in Juneau who can help you find a home in Alaska if you’re considering a move.

If you do move to Alaska, what rights will you have?  Even though the state didn’t make a huge splash in the same-sex marriage battle, that doesn’t mean it wasn’t involved.  In fact, there was a challenge to the state’s 1998 constitutional amendment that banned same-sex marriage.  It was filed in May of 2014.  On October of 2014, a judge declared the ban unconstitutional.  While this decision was appealed, the Supreme Court later denied a stay and marriage licenses were issued.  A later appeal to the Ninth Circuit was denied.

In addition to same-sex marriage, the state does support adoption by any adult regardless of their orientation.  While LGBT parents have had some difficulty in second parent adoptions, now that same-sex marriage is legal, many anticipate fewer issues.  Finally, the state does prohibit discrimination based on sexual orientation, but there is no protection based on gender identity as of the end of 2014.