Buying a Home in Florida? Make Sure You Pick the Right Area!

Florida—warm beaches, Disney World, and spring break!  The state is associated with fun in the minds of many people, and we hear about a number of cities in Florida being great places for LGBT people to live.  But how does the state treat the LGBT community overall? 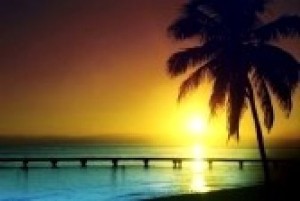 The state did not get off to a good start, banning many different sexual acts between consenting adults before it was even officially a state!  In 1868, sodomy laws went on the books, and even though consenting activities were later reduced to a misdemeanor instead of a felony, they were still illegal.  In fact, the court system decided to interpret those laws as banning all same-sex sexual activities for a time until the Florida Supreme Court decided the statute contained vague language.  It wasn’t until 2003 and the Lawrence v. Texas case that sodomy laws were completely stricken from the books.

Florida is noteworthy as being one of only three states that has a law banning cohabitation.  This law, which also went into effect in 1868, bans unmarried men and women from living together, no matter what their sexual orientation or relationship is.  Legislation has been introduced to repeal this law. Until that passes, make sure you research where you are considering living because some areas of the state still enforce this law.

In 1977, the state passed legislation that banned the recognition of all same-sex marriages, and it was confirmed in November of 2008 by a vote of the people.  The state’s constitution then banned all same-sex civil unions and marriages.  The ban was challenged in August of 2014, and same-sex marriage became legal in January of 2015.  A number of counties and cities in the state also have domestic partnership registries and offer benefits to same-sex partners. These are the best areas to live if you plan on marrying and raising a family!

Much like marriage, LGBT couples have fought a long and hard battle to win the right to adopt.  Same-sex couples were prohibited from adopting children in 1977, and even after it was challenged several times and taken to the Eleventh Circuit Court of Appeals, the laws still stood.  However, in 2010, the laws were once again challenged, and this time they were declared unconstitutional.  State officials decided not to appeal the decision, allowing same-sex couples to begin adopting children for the first time in 33 years.  Legislation passed in 2015 officially repealed the 1977 laws as part of a larger adoption reform plan.

Florida has obviously come a long way since those early anti-LGBT bills, but it still has a long way to go in many areas.

What Does Illinois Offer the LGBT Community[…]