Thinking of moving to the New England area?  If you are, there are a number of nice LGBT-friendly cities to look for. A great gay or lesbian realtor will be able to help you find the perfect home if you have an idea of where to start.  Here are just a few of the great New England cities you may want to consider for your new home. 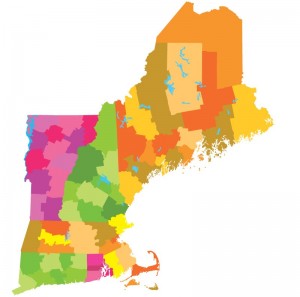 Northampton is also a popular home for lesbian couples.  In fact, it’s often called Lesbianville, USA.  Northampton is known for being one of the first cities in the U.S. to have a gay pride event.  In addition to being very LGBT-friendly, Northampton also has a fun, artistic community that attracts people from around the country.

Moving to the east, Providence, Rhode Island is another LGBT-friendly city thanks in part to the three major universities located there.  Many of the students at these schools are members of the LGBT community, as is David Cicilline, an out man who has served as mayor of Providence (the first openly gay person to be mayor of a state capital city) and as one of the Representatives from the state.

This hard to pronounce small city in Maine is home to a number of different gay and lesbian bars and clubs.  In fact, the nightlife here is definitely a major draw.  Many gays and lesbians visit Ogunquit for vacations, but there’s no reason why it shouldn’t be considered as your next home.  It’s definitely a beautiful place, especially the nearby beach.

Vermont was one of the first states to recognize gay marriage, so it should be pretty obvious that Montpelier, the capital of the state, would be a very LGBT-friendly city. Even though it’s the smallest state capital, it has a lot to offer anyone who wants to make the move to the New England area.

Of course, there are many other cities in the Northwestern part of the U.S. that would make a great place for LGBT people to move to.  Most of these cities are very gay-friendly.