Dallas, Texas, is one of the largest cities in the state. Many people live and work in Dallas or in the larger Dallas/Fort Worth metro area. But as a member of the LGBTQ community, is Dallas a good place for you and your family? While it’s true that the city is widely known as one of the more liberal cities in Texas, it’s still in Texas—isn’t the state as a whole less than welcoming to LGBTQ individuals? Fortunately, Dallas truly is quite welcoming. While you’ll have those who might be less than pleasant to people of the LGBTQ community, you’ll have that just about everywhere. 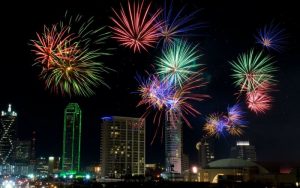 Dallas has passed a number of different protections and benefits for LGBTQ individuals and couples:

If you’re considering a move to Dallas and want to live in a gay district, talk to your gay or lesbian real estate professional about homes in the Oak Lawn/Cedar Springs Road neighborhood. This area is the largest gay neighborhood in North Texas and is the central area for gay nightlife in Dallas. It’s also home to a number of LGBTQ-owned businesses and restaurants. The Cathedral of Hope, a large welcoming church that caters to the LGBTQ community, is located on Cedar Springs Road.

Another area you might consider is the Bishop Arts district. It’s also hope to many different LGBTQ-owned businesses and other establishments.

All in all, Dallas is certainly one of the more welcoming cities in Texas, and it’s one of the top places to live and work in the state for those in the LGBTQ community.

If you’re a young individual who has just graduated college or is simply looking for a change, you might be wondering where the most popular places are for Millennials who identify as LGBTQ. If you asked any gay or lesbian real estate agent, you might be surprised to learn that some unlikely cities are actually pretty popular with the younger crowd. Here are a few of the places where LGBTQ Millennials are headed. 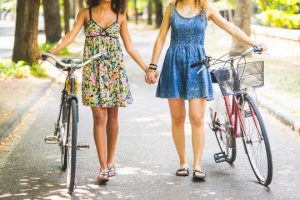 Seattle has been one of the more popular places for young professionals in the last decade, including those who are part of the LGBTQ community. Amazon, Starbucks, and Microsoft are all headquartered here, and all offer young people good paying jobs. The overall unemployment rate in Seattle is fairly low thanks to these large businesses. The average home price is, unfortunately, around $450,000. If you plan on being a homebuyer, Seattle might not be the best place to start, though the metro area did pass a $15 minimum wage bill.

The capital city of Utah might seem like an odd place for LGBTQ people since it’s the home of the Church of Latter Day Saints. The church has been decidedly unfriendly towards the LGBTQ community, but Salt Lake City is surprisingly welcoming. In 2012, the city was named the Gayest City in the USA by the Advocate and has landed in the top ten most other years. Unemployment here is consistently low. Home prices are also fairly reasonable.

San Francisco, widely considered the gay capital of the U.S., is just as popular with young LGBTQ people as it is with the older generations. While those who move here to find work with startups and other tech companies, there is the issue of housing costs. The average cost of buying a home is $850,000, and homebuyers put more than half of their monthly income towards their mortgages. Don’t let that deter you, though. If you love the Bay Area, there are some more affordable areas, plus you can look in the suburbs as well. The DART system can get you around the city from virtually anywhere.

Finally, there’s Houston, Texas. The city made headlines in 2010 when Annise Parker, an out lesbian, was elected its mayor. While she left office in 2016, the city is still very LGBTQ-friendly. Young professionals will also find that they can afford more in Houston than they can in San Francisco or Seattle. Home prices tend to be around $300,000.

If you’ve reached retirement age, you’ve probably been dreaming about how you’ll spend your days. But have you thought about where you’ll spend them? While some people do retire and stay where they’ve been living, others decide to sell their home and move elsewhere. This is especially true if you live in a colder area and have started to feel aches and pains when the temperature drops. If you’re looking to uproot and move somewhere else to spend your golden years, here are a few of the best places for LGBTQ seniors to retire to in 2018. 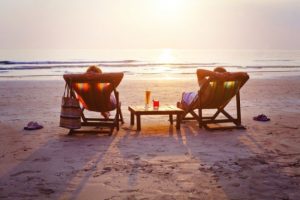 Fort Lauderdale is often at the top of these lists. The gorgeous weather in this area (and all of Florida, really) makes it the perfect place for those who are tired of living in the cold. Wilton Manors, which is basically a suburb of Fort Lauderdale, is a huge LGBTQ community that offers many great things for retirees to do. With LGBTQ beaches, huge golf courses, and many parts, Fort Lauderdale and the surrounding area is perfect for those who want to spend their days doing nothing.

On the other hand, maybe the heat, humidity, and sunshine just aren’t for you. In that case, head to the opposite side of the country and move to Portland! This city offers a good sized LGBTQ population, affordable housing, and a great public transit network that can take you just about anywhere you need to go. Portland is a very progressive city and is focused on providing services to seniors. While the city is in the northern part of the U.S., it actually doesn’t have much extreme weather.

If neither coast is to your liking, how about Columbus? Ohio is a diverse state that’s centrally located, making it easier to see family who live on opposite sides of the country. Over 4.5 percent of the population identifies as LGBTQ, so you’ll find many other like-minded seniors to make friends with. There are also some nice perks to living in Ohio. For example, seniors who want to learn more can audit courses at Ohio colleges for free. Columbus is also home to a huge pride festival that’s over 35 years old.

These are just three great cities in the U.S. for you to consider if you’re retiring this year. They’re by far not the only LGBTQ-friendly retirement locations, though, so take your time and consult with your gay or lesbian real estate expert before making your move.