Have you always admired the open, carefree life members of the LGBT community seem to live in San Francisco? If you live in the south, it may seem like an amazing gay Mecca. However, according to the U.S. News & World Report, you may not need to move quite that far to find your own little slice of gay heaven. That’s because the publication has named Nashville, Tennessee, the 13th best place to live in the U.S. That might not seem like a shining recommendation—the city didn’t even break into the top ten—but there’s more to the story than that.

Nashville and the LGBT Community 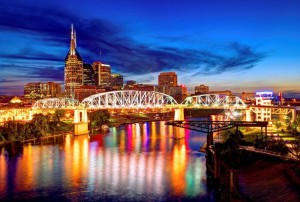 Many people see Tennessee as a very conservative state. In fact, a number of laws have been passed or introduced that would have greatly hurt the LGBT community. With that in mind, many gays and lesbians may think twice before wanting to move to the state. When it comes to Nashville, though, the city is a small hub of welcoming progressives. Many LGBT individuals and families actually move to Nashville every year because of the various job opportunities and the city’s increasing reputation as an open, welcoming place to live.

What some people are surprised about is the amount of culture in Nashville. The city is known as the capital of the country music world, but there’s so much more than the Grand Ole Opry. The city includes a growing art scene. It’s been described as a melting pot of art, music, and night life. Nashville has much more than most people think, and even those who have visited the city may be surprised at what they discover weeks and months after living there.

Many lifelong residents still aren’t bored of Nashville. The city has a number of different festivals, celebrations, and other events that take place annually. There’s always something to do in Nashville. There are even a number of Pride events and other LGBT-related activities.

Many of Nashville’s LGBT residents have also pointed out how friendly and welcoming the people are. Some believe this has to do with the number of musical celebrities who call Nashville home or their second home. Much like Hollywood, these celebrities are often very comfortable with their LGBT fans, and some even identify as LGBT themselves. Others find that Nashville’s diverse culture brings with it a welcoming atmosphere that has a place for everyone.

Thinking about moving to Arizona? The state is known for its deserts and its dry heat, which makes it ideal for those who hate the cold. Many people retire to Arizona because the climate is better for their arthritis. The state does have a number of cities that are very welcoming to the LGBT community, too. Gay and lesbian real estate agents are available in much of the state to help you find the perfect home for you and your family. Here are a few of the cities and towns you might want to start your housing search with. 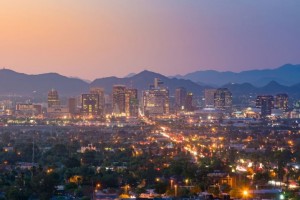 Tempe is a college town, which means its demographics tend to skew younger than many of the other cities that are home to more retirees. Students attending Arizona State University do make up a good amount of the town’s population, but there are also plenty of individuals and families who aren’t associated with the university, too. The residents here are very open-minded and welcoming. The only downside to Tempe is that homes here tend to be priced higher than average.

Phoenix is definitely a change from Tempe. This large city is at the center of the Phoenix Metro Area and is home to thousands of people. There are many LGBT bars, clubs, and other establishments in the city, so you have plenty of places to check out. You might be surprised at the cost of living in Phoenix, especially in the downtown area. It’s actually less than the state average, and you can get around most of the city via the light rail system.

Tucson is a hub for Arizona’s artistic and musical communities, but it also has a good sized LGBT population. According to the last Census, there are a little more than 10 LGBT residents per every 1,000. Just like Phoenix, the cost of living here is lower than average, especially when it comes to real estate.

While Prescott has a lower LGBT percentage than other cities, it’s still a very welcoming and open place to live. The city is quite comfortable and laid back, yet it’s close enough to Phoenix and Sedona that you can take a day trip to these larger cities. Many of the houses in Prescott are owned instead of rented, so many of the homes are kept up very well.

These are just four of the most welcoming cities you’ll find in Arizona. If you’re interested in moving to the state, you’ll find great places to live.