Florida is well-known as both a vacation destination and a great place to retire to. But did you know the state also has a strong LGBT population? There are many places in Florida that are very welcoming to gay, lesbian, bisexual, and transgender people. Even if you aren’t near retirement age, moving to this state can be a great move. You don’t even have to settle in the larger cities such as Orlando, either. In fact, a lot of people prefer to avoid those large metro areas simply because they do have huge populations. If you’re considering a move to Florida, here are a few of the cities you might want to consider. 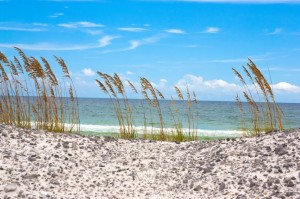 St. Petersburg is one of the best cities in Florida for the LGBT community. It’s also one of the warmest and sunniest. If you hate the cold, St. Petersburg is a great place for you! The city has appeared on a number of top LGBT-friendly places to live in the U.S., and the Human Rights Campaign has given the city a perfect 100 several times on its annual Municipal Equality Index.

You may have never heard of Lake Worth before, but it’s home to a huge LGBT community. The city’s percentage of same-sex couples is the highest in the state, and a number of businesses are owned by those who identify as LGBT. Of course, like many cities in the state, Lake Worth also features gorgeous beaches and a warm, sunny climate.

Jacksonville is one of the larger cities on this list, but that doesn’t mean it’s not just as welcoming. You’ll feel right at home in the city. The River City Pride Festival is held here every year and features a block party, parade, and more. The city also has its own Lesbian and Gay Community Center. If you’re looking for a new home with a strong nightlife, check out Jacksonville.

Ybor City may not get a lot of attention nationwide, but it should. The GaYBOR District Coalition, a nonprofit, has fought for LGBT rights since 2007. The organization is more than just a group for LGBT people—they welcome those of any orientation. This group aims to help bring all of the citizens of Ybor City and Florida together in harmony. Many businesses from the Tampa Bay area and even some from out of state have joined the coalition and are actively working to bring equal rights to everyone in Florida.

While Arkansas may not be one of the states leading the charge for LGBT rights, there are definitely some welcoming cities here. Don’t let the fact that Arkansas is located in the Bible Belt deter you from moving to the state. There are definitely some great places to live here. If you’re considering Arkansas for your future home, you’ll want to talk to gay or lesbian real estate agents about moving to one of the following cities. 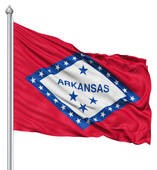 Let’s start with the capital of the state. Little Rock has been on Advocate.com’s list of the Gayest Cities in America, reaching as high as number 11. That’s pretty impressive. The city is quite liberal, and you’ll find a number of LGBT-friendly organizations, businesses, and churches. Living in one of the largest cities in Arkansas also puts you near many different event centers, shopping malls, and other amenities.

People considered Eureka Springs to be the Arkansas’s gayest city. You’ll see plenty of rainbow flags flying as you walk down the streets. Eureka Springs is a major tourist destination, and it’s full of cute bed and breakfasts, novelty stores, and theaters. The city’s position as one of the top LGBT areas in the south hasn’t had any noticeable effect on tourism. There are still plenty of people visiting Eureka Springs even after it became the first Arkansas city to support same-sex marriage and enact a domestic partner registry. Eureka Springs doesn’t have just one pride festival—it has four! You’ll have nothing to fear moving to this Arkansas city.

Fayetteville is something of a college town since it’s the location of the University of Arkansas. With a younger demographic than other towns, it’s no surprise that Fayetteville is quite welcoming. In fact, the city has been called “Gay-etteville” by many of its residents because of how supportive its citizens are. The Ozark Land Holders Association, one of the oldest lesbian communes in the U.S., can be found in Fayetteville. You’ll also find a number of different drag shows, gay bars, and other LGBT-owned businesses.

Hot Springs has a good sized LGBT population and is another tourist town like Eureka Springs. This town has a number of LGBT groups and events. It is classified as a national state park, which means that the area is one of the most beautiful in Arkansas. The city does have a number of anti-discrimination legislation on the books, too.

If you’re thinking about making the move to Arkansas and have the freedom to decide where you’re going to live, these four cities are great options.