Now that marriage equality is the law of the land and most of the challenges to said decision have been defeated, LGBT couples are free to get married without any roadblocks. Many are, but after the “I do’s” are done, some couples look at each other and realize they’re not sure what to do next, especially when it comes to their housing and real estate. This isn’t necessarily an LGBT issue—some straight couples also don’t realize how changing their marital status changes other things, but more gay and lesbian couples face this confusion simply because they didn’t do any research before getting to the altar. After waiting for so long to get married, few wanted to wait another minute!

So for those who aren’t sure how being married changes things, here are a few points you may want to consider. 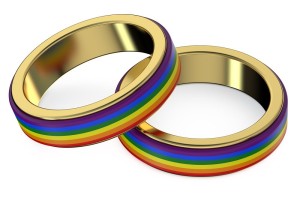 Some landlords and apartment complex owners will let you add another person to your lease—some will even let you add a non-spouse roommate. Others may make you wait until your lease expires before drafting a new one that includes both of you.

Changing Your Home Title and Mortgage

It’s a little more complicated when of you owns the property you’ll be living in. First, this may mean the other person has to either break their lease or pay out the remaining months left on it. You may also have to sell a property if you both own. Either way, once you’ve straightened out that situation, you have to decide if you’re going to add your spouse to your title. Doing so isn’t that difficult—you simply have to complete the necessary paperwork from your title company and pay any fee they have. Being on the title gives your spouse a legal right to the property as a joint tenant.

However, it does not make them obligated to pay on the mortgage in any way. In order to add your new spouse to your loan, you must refinance and have them on the application as a co-borrower. This can work in your favor if interest rates are lower since it can lower your monthly payment significantly. However, if rates are higher, you may not want to refinance and risk your payment going up. You will also have to deal with extra costs such as having your home appraised and paying closing costs if you can’t include them in the loan.

Mississippi may be the perfect home for you despite what stereotypes may say. The state is in the south, but that doesn’t mean all of Mississippi or its citizens oppose LGBT rights. In fact, there are several cities that have created their own non-discrimination resolutions, and the views of residents regarding LGBT rights have changed over the years. 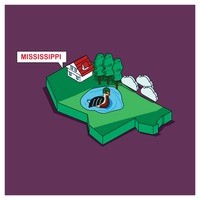 One of the reasons Mississippi is so attractive to people looking to relocate to the south is its low cost of living. Many areas of the state, including its capital, Jackson, are very affordable and have been ranked as some of the best locations to stretch every dollar you have. If you’re in the manufacturing, food, or electrical industries, you may find it especially easy to get a good job in the state.

A History of Discrimination

Unfortunately, Mississippi does have a long history of discriminating against LGBT people. It took the Supreme Court decision in Lawrence v. Texas to remove all of the state’s sodomy laws, and it wasn’t until Obergefell v. Hodges that same-sex marriage became legal. Prior to that, a 1996 executive order by the governor prevented same-sex marriage, and a constitutional amendment passed in 2004 further restricted marriage to one man and one woman. In 2014, that amendment was declared unconstitutional, but the ruling and the subsequent ruling by the Fifth Circuit Court of Appeals were stayed until the Supreme Court could hear the case.

The state also once had laws in place that prevented same-sex couples from applying jointly to adopt children. In fact, by 2015, it was the only state in the country that still banned same-sex couples from adopting and fostering. However, former Governor Ronnie Musgrove is a good example of how many people of the state have come to accept LGBT citizens. He signed the law banning same-sex joint adoptions, but he later stated that he finds the ban hurts children and leaves many without a happy home, something he regrets.

In May of 2016, the ban was officially removed following a March ruling that it was unconstitutional. There were no challenges to the ruling, making Mississippi the final state to allow full adoption rights to same-sex couples.

While there are no sexual orientation or gender identity protections state-wise, there are several cities that have passed some type of non-discrimination resolution.  These include Bay St. Louis, Jackson, Magnolia, Hattiesburg, Oxford, Greenville, Waveland, and Starkville.

Have you ever been to Baton Rouge? While the capital city of Louisiana is often overshadowed by New Orleans, it’s not a bad place to live. In fact, it’s a very lovely port city that serves as a major political and commercial hub for the region. Its port is one of the busiest in the nation, and while it may not be home to Mardi Gras, it’s still a great place to live and work. The LGBT community has a strong presence in the city, too, making it a place you might consider relocating to if you’re moving to the south. 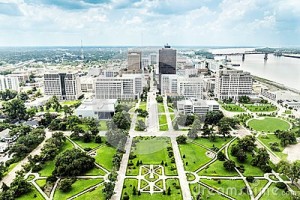 Baton Rouge actually has a couple different places where many LGBT people congregate. Louisiana State University attracts a large number of students from diverse backgrounds every year, and the nearby Spanish Town is one of the city’s gay ghettos. It gets its name from the fact that many of the homes located in the neighborhood are done in the Spanish style, giving the entire area its own unique look. It may be difficult to purchase or even rent a home in this neighborhood during the school year because a lot of students move into the area.

There are a couple other good LGBT neighborhoods in Baton Rouge. Beauregard Town is very nice, but also expensive, while South Baton Rouge and Shenandoah are more affordable. Mid City is also known for being very welcoming and accepting.

As far as what rights you’ll have in the state, Louisiana has been a fairly conservative state. It wasn’t until Lawrence v. Texas that the state’s sodomy laws were removed from the books, although those laws did equally apply to both same and opposite-sex couples. However, when the Louisiana House of Representatives voted on a bill to completely remove those laws from the books in 2014, the vote failed by more than two-thirds.

Same-sex marriage, likewise, wasn’t made legal in the state until Obergefell v. Hodges in 2015. Prior to that, the state’s Civil Code had prohibited gay marriage since the late 1990s, and the state added a constitutional amendment stating the same thing in 2004.

As far as adoption goes, the state’s law preventing same-sex couples from adopting was struck down in 2014. Before that, single-parent adoption was allowed that was not restricted to sexual orientation.

The state does have hate crime laws that protect individuals based on sexual orientation, but not on gender identity.