Thinking about making the move to Ohio? If you are, you may want to look at Dayton. While it may not be as famous as Columbus or Cincinnati, Dayton does have a lot to offer the LGBT community. Ohio in general does, although it’s often overlooked by New York, California, Florida, and other more progressive states. The low cost of living and the open, welcoming atmosphere, however, are definitely reasons why you might want to look at Ohio, specifically Dayton, as your future home.

What You’ll Find in Dayton

Dayton’s economy is built on the aerospace, defense, and healthcare industries, but the city also has a lively performing arts culture, too. There are a number of internationally-recognized ballet troupes, orchestras, and theaters in the city. If the show you’re looking for isn’t in Dayton, it’s just a quick drive to Cincinnati, Greenville, or Springfield. As the main city in the Dayton Metro Area, you’ve got plenty of different shopping centers, restaurants, clubs, and much more nearby.

There’s even a gay district. Oregon is a neighborhood in Dayton that’s full of amazing historical homes. It’s listed on the National Register of Historic Districts, and a large portion of the people who live here are part of the LGBT community. Oregon is near the main business area of the city, giving residents a quick commute and access to everything available there. The area also has a good number of LGBT-owned shops and restaurants.

While Ohio did vote to ban same-sex marriage via a constitutional amendment in 2004, that amendment was nullified by Obergefell v. Hodges in 2015. Prior to this, Dayton did offer same-sex domestic partner benefits, one of only nine cities in the state to do so. The city also passed an anti-discrimination ordinance regarding employment that covered both sexual orientation and gender identity, something that was also fairly rare in Ohio at the time. This ordinance protects LGBT individuals in employment and housing.

Couples or individuals in Dayton who want to adopt can take advantage of both joint adoption and step-parent adoption. Neither the state nor the city has any kind of discriminatory policy regarding orientation, although there is no protection, either.

Overall, Dayton is one of the more liberal and welcoming cities in Ohio and may be perfect for those who want to live in a large city but don’t want to pay the high cost of living that many metro areas have.

Are you considering a move to Topeka, Kansas? The city actually has a lot to offer, even if Kansas itself does seem like it’s more conservative than you might like. If you employ the services of a gay or lesbian real estate agent, you’ll find that there are a lot of great properties for sale in Topeka. But what’s it like living there? Here’s some information on the LGBT culture in the city. 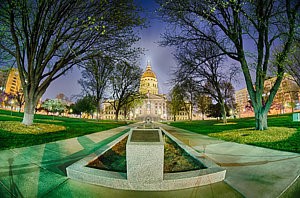 Kansas has been somewhat slow in removing barriers to LGBT rights. The state had laws against consensual same-sex activity on the books up until 2003 when Lawrence v. Texas made those laws invalid across the country. Fortunately, the Kansas legislature not only complied with the ruling, but actually took it a step further and changed their own statutory rape laws so that same-sex and opposite-sex cases were treated the same.

The state did ban same-sex marriage in 1996, making it one of the earliest states to do so. This ban was later reinforced with a constitutional amendment in 2005. In 2014, one same-sex couple applied for and was granted a marriage license, but the state quickly took steps to prevent that from happening. However, once Obergefell v. Hodges was settled in 2015, the issue became moot.

The state has passed a number of anti-discrimination laws that cover sexual orientation and gender identity. However, these laws have always been put into place by executive orders from the governor, which means the current governor can rescind or replace the orders as they see fit. Between 2007 and 2015, these laws were in place, but in 2015, the anti-discrimination protections were nulled by Governor Sam Brownback. Fortunately, Topeka and a few other cities did put protection in place.

Topeka was one of the few cities prior to that to offer domestic partner registries. Despite this, the city doesn’t really have a gay ghetto per se. There are a good number of different gay bars, restaurants, and other LGBT-owned businesses in the city, though. It’s definitely one of the more liberal areas of Kansas. Kansas does have hate crime laws that protect people on the basis of sexual orientation, but they do not include gender identity.

As you can see, while some areas of Kansas may not offer as many protections as others, Topeka is one part of the state where LGBT people are not at the mercy of others as much. If you’re looking to move to Kansas, this is one of the cities you should have on your list of potential homes.

If you’re thinking about moving to the Detroit metro area, you’ll be glad to know that the area certainly has a strong LGBT culture. However, it’s interesting to see that this culture is fairly decentralized—there’s not really a main strip or gay ghetto in the area. Some would argue that there are actually three—much of the LGBT culture is split between Royal Oak, Pleasant Ridge, and Ferndale, three of the smaller cities that make up the Metro Detroit area. However, Detroit itself does have some areas that have a larger LGBT population than others, specifically Woodbridge, Indian Village, East English Village, and Lafayette Park. 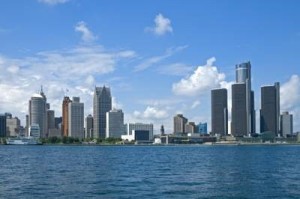 But these areas weren’t always the center of the LGBT world in Detroit. In fact, the city has an interesting LGBT history. Prior to World War II, the gay and lesbian community was centered around the downtown Detroit area. Then it moved to New Center. By the 1970s, it was mainly Palmer Park, but rising crime rates moved the LGBT community to Ferndale during the 1980s. In most cities, the gay ghetto, once established, tends to remain in the same area unless something drastic happens. In the Detroit metro, though, it tends to move fairly regularly.

Today, while LGBT people still live in Ferndale, it’s not the exclusive gay ghetto that it once was. Most people don’t really see Detroit as having a gay neighborhood at all. Some feel that this makes the gay and lesbian community invisible, while others see it as integrated throughout the Detroit metro area.

Ferndale has treated its resident right, passing anti-discrimination laws and electing LGBT citizens to leadership positions on its city council and as mayor. Ferndale holds its own pride parade and has been home to Motor City Pride as well. Other festivals include Hotter Than July! in Palmer Park.

The area does have a number of LGBT organizations you can join if you decide to move to this city. LGBT Detroit is one of the largest. With more than two decades of actively supporting Detroit’s gay and lesbian community and working for equality in the state and the nation, LGBT Detroit offers many different programs and resources. They publish KICK Magazine, host Hotter Than July!, and operate the LGBT Detroit Leadership Academy.

There are a number of other LGBT organizations in the Detroit metro area, plus the cities that make up the metro are home to bars, restaurants, clubs, and other LGBT-owned businesses. While Detroit may not be for everyone, if you’re looking for a city with a more dispersed LGBT community that is still welcoming, it may be the city for you.