Real estate agents in the Bay Area have people asking about moving to San Francisco all the time. They have certain ideas of what it would mean to live in what’s often thought of as the gay capital of the U.S. But as any Realtor will point out, the reality of San Francisco is a far cry from how the city is often portrayed in films. Some people take a closer look at SF and realize it’s actually not the best place to live—in fact, some think it’s the worst! Here are some of the pros and cons for living in the San Francisco area.

You’re Surrounded by the LGBT Community

San Francisco is home to a large number of LGBT people, and you’ll see them everywhere. It’s one of the few places you can truly feel like you’re equal and that you can be yourself without worrying about being judged or attacked. You can walk hand-in-hand with your partner and not feel nervous.

… But they’re not all Local

Meet someone at a coffee shop who you felt a real connection to? Chances are, they’re just passing through. The city is a major international destination for tourists of all orientations and nationalities. On the plus side, you’ll find some amazing international cuisine and get to meet some awesome tourists. On the downside, finding someone local to make friends with or date may be difficult.

It’s both a blessing and a curse. Many residents joke that you need to carry an extra set of clothes every day because while it may be sunny in one part of the city, the other part is covered in chilly fog. But these views are also absolutely stunning, and it’s one of the few places where you can really jump from one microclimate to another. You’ll never get bored with the weather here, plus it’s an excuse to go shopping.

If you look at the city’s calendar of events, you may simply become overwhelmed. There’s always something going on. From the annual Pride festival to the Folsom Street Fair, it seems like there’s always a parade, festival, performance, or art show going on. And that’s just in the LGBT district! Of course, it’s easy to get overwhelmed, and you may find yourself making plans every weekend before you realize that you need to slow down.

These are just a few reasons why San Francisco is a great place for LGBT people to live and yet can be stressful. It’s a unique community, and if it’s right for you, it can be a great home.

When state legislatures start considering bills that many find to be anti-LGBT, no matter what their authors may claim, gay and lesbian real estate agents begin to get nervous.  If these bills pass, LGBT people and their supporters often boycott the state and certainly won’t consider a move there.  But it’s important for the LGBT community to know about these bills, even if they do mean a loss of business for Realtors.  Let’s take a look at some of the most recent bills that would affect LGBT citizens in negative ways. 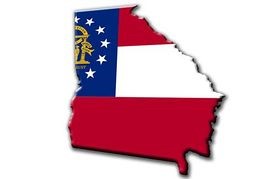 North Carolina has been the center of attention for not one, but two different bills.  The first, HB 2, is known as the bathroom bill.  It would require all students attending state-funded schools to use the bathroom that matches the gender found on their birth certificates.  This bill actually nullified an ordinance passed by Charlotte, NC, that banned discrimination based on orientation and gender identity, plus it prevents other cities from passing such ordinances in the future.  The bill also prevents cities in the state from raising their minimum wage higher than the state’s set minimum.

Many large companies that operate in North Carolina, including Bank of America, Dow Chemical, and PayPal, came out against the bill.  The NBA also stated that they may consider moving the 2017 NBA All-Star game from the Time Warner Cable Arena in Charlotte in response.

A federal lawsuit has been filed over HB 2 that lists the state’s governor, attorney general, and other officials and cites that it violates federal laws that ban sex discrimination.

In nearby Georgia, another highly contested bill has made waves.  This bill, HB 757, is one of those bills that claims to simply protect the religious liberty of faith-based groups.  It allows them to deny people service and employment based on their orientation or gender identity.  The bill passed both the House and the Senate, putting pressure on Governor Nathan Deal.  As more and more companies, including Disney, stated that they would pull out of the state should the bill passed, he announced on Monday the 28th that he would veto it.

While it’s becoming easier to find nursing homes and assisted living facilities that are very welcoming to LGBT seniors, in some areas, it’s still difficult for the elderly to find places where they’re comfortable living out their golden years.  But a number of cities are seeing new properties going up that are aimed specifically for LGBT seniors.  One such project was recently approved in Sacramento, California. 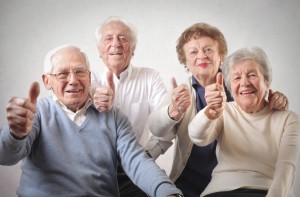 The proposed housing project, which was recently approved by the city council, is the first in the area aimed specifically at the aging LGBT population.  It will be built on vacant lots that have had no development on them since the early 80s.  We completed, there will be 53 units ready to rent at affordable prices.

Projects like this one are a growing trend in the real estate business.  In Chicago, another LGBT-friendly community opened several years ago.  These communities are aimed at addressing several different issues.  The first is housing discrimination.  While a number of states and cities have passed ordinances banning discrimination based on sexual orientation, not all places have this protection in place.  It can also be difficult to prove that discrimination took place.

However, the Department of Housing and Urban Development’s research does show that discrimination does exist: opposite-sex couples were clearly favored over same-sex couples in at least 16 percent of cases that were examined in a 2013 study.  Housing communities such as these remove the discrimination issue completely.  For seniors, it can be even worse—the Equal Rights Center did a study in 2014 that showed 52 percent of elderly LGBT people faced discrimination.

Another thing these senior communities address is the issue of acceptance.  In a number of conservative areas, even when LGBT seniors are able to move into one of these communities, they may feel unwelcomed by their neighbors or be slighted by the staff.

The third issue addressed by these communities is income.  Many seniors are on a fixed income, yet senior retirement centers continue to become more and more expensive.  These communities are dedicated to keeping housing costs low so that seniors can afford to live there, buy groceries, and still have some money left over to enjoy their retirement with.

These LGBT community housing centers don’t discriminate on orientation—straight seniors can move into them, but everyone must meet specific income and age requirements.

Louisiana is a melting pot of many different cultures and communities, so it should come as no surprise that the LGBT community in the state is fairly large.  They have worked hard to gain legal rights and protections, including the right to adopt, protections from discrimination in some cities (and at times the state, depending on the statue of the gubernatorial executive order), and is one of only a handful of Southern states to actually have hate crime laws that cover sexual orientation.

Thinking about making the move to Louisiana?  Let’s look at some of the largest cities in the state that have very active LGBT communities. 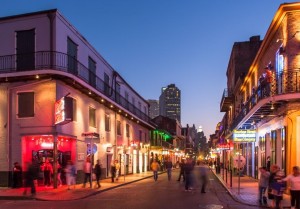 Shreveport is one of the cities in the state that does have its own antidiscrimination policy protecting employees on the basis of both sexual orientation and gender identity.  It also has a great LGBT neighborhood located along Cotton Street.  This part of the city is in the downtown area and is home to some of the oldest LGBT bars, clubs, and businesses in the region.  Central Station, a large LGBT bar, is here, as is Korner Lounge, a bar that’s been open since the 30s.

The capital city of the state also has protections for LGBT citizens. It’s a very busy port city, but it’s also home to Louisiana State University.  Many LGBT people live near LSU in Spanish Town, a historic district featuring many amazing homes built in the Spanish style.  Many students rent properties here during the school year.  Another popular LGBT neighborhood is the nearby Beauregard Town.  South Baton Rouge and Shenandoah are also good choices where a number of LGBT individuals and families live.

Located in the southwestern part of the state, Lafayette is one of the major hubs of the area.  The downtown part of the city is where many of the LGBT businesses are located.  This area isn’t just a gay neighborhood—it’s also a tightly knit community featuring many diverse families.  There are a lot of artistic and cultural events held in this area, in addition to the art galleries and theaters.

Finally, there’s New Orleans.  Like many of the other cities, NOLA has passed its own antidiscrimination laws.  Some LGBT people live in the French Quarter, while others prefer to avoid the crowds and live in the historic Bywater district.  Either way, the history and excitement of New Orleans offer a lot to the LGBT community.