There are some amazing gay neighborhoods out there, some of which people know about and others that are virtually hidden away.  If you’re thinking about moving to a gayborhood, as they’re called, you should definitely speak to a gay or lesbian Realtor in your area.  They may know of a few hidden gems out there.  You can also look into these gay neighborhoods.  While not every city will have one, a number of places do have areas where LGBT people congregate. 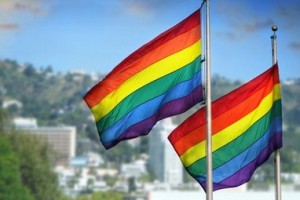 Of course the Castro will be at the top of the list. It’s the most well-known LGBT neighborhood in the U.S.  LGBT people from around the country and the world make pilgrimages to this area to shop at the unique stores, see some of the amazing plays and musicals, and check out the drag shows.  Of course, the Castro is expensive, and it’s not necessarily the ideal place for some people.  However, it’s a great neighborhood to visit.

Want to hit up the other coast?  How about South Beach, Miami.  Florida has a nice, temperate climate almost year-round, which makes it ideal for those who want to retire somewhere that doesn’t get ice and snow.  A lot of the nightlife has actually moved from South Beach to Fort Lauderdale, which means this area is a little quieter now.  There are still plenty of fun clubs and drag shows to check out, of course, plus cafes, restaurants, locally owned businesses, and more.

West Hollywood is often seen as a bit of an oasis in the crazy world of Los Angeles.  It’s one of the places where you can walk to just about any place, and you’ll often find people headed over to one of the many different cafes or bars.  There are a few nightclubs and dance spots, too, plus one of the most popular 24 hour gyms is located in WeHo.  While you can get to just about anywhere in LA from a home in West Hollywood, you have a lot of what you need right there.

Finally, there’s Chelsea, New York.  Many people think of NYC as a great place for LGBT people, and it is, but few realize that the true gay ghetto is Chelsea.  While Manhattan may be the place to go for shopping, it’s Chelsea you want to head to if you’re looking for great food, amazing gay bars, and to get a great workout at the gym!

Thinking about moving to Idaho?  You might be surprised at how LGBT friendly the state is.  Boise has actually been named one of the queerest cities in the country thanks to its theater community and its legal protections.  It also has the Idaho Gay Rodeo Association, which is very active, and other Pride events.  If you’ve been thinking about finding a gay or lesbian Realtor to help you move to Idaho, here are some more facts that could further influence your decision.

The State’s Record on Same-Sex Marriage 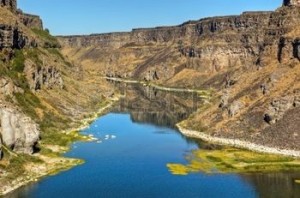 Idaho did pass a constitutional amendment defining marriage as between one man and one woman in 2006, although there were already statutes on the books saying the same thing that had been passed in the 1990s.  However, in May of 2014, this amendment was declared unconstitutional in Latta v. Otter.  The ruling was stayed for an appeal.  In October of 2014, the appeal was heard by the Ninth Circuit Court, which again found the amendment unconstitutional.  After the Supreme Court denied a stay, the governor declared that he would no longer fight the ruling, and same-sex marriage became legal on October 15.

The legal wording of Idaho’s adoption permits says that any adult can adopt, and there’s nothing prohibiting same-sex couples from adopting children, nor are there any prohibitions on second-parent adoptions.

Unfortunately, the state has no laws that address discrimination and sexual orientation or gender identity.  This lack of protection has led to a number of different LGBT organizations to work towards a more equal state by petitioning the government to add these protections.  Several attempts have been made over the years to get laws passed, but they have always failed.

Fortunately, a number of cities have passed their own ordinances that prohibit discrimination against LGBT people.  These cities include Boise, Idaho Falls, Lewiston, and several others.

Idaho does not include sexual orientation or gender identity in its hate crime laws.

Where Should you Live?

If you’re considering a move to Idaho, what cities would be the best?  Boise, of course, should be at the top of your list.  Idaho Falls, Lewiston, Meridian, Ketchum, and Victor are also good places to live.  The state is continuing to change and evolve, however, especially as more and more people become comfortable with the idea of same-sex marriage.  While Idaho may not be one of the most accepting states, it’s also not one of the worst, and it’s getting better.

When considering a move to a new state, some LGBT house hunters like to see what some of the top gay and lesbian organizations have to say about their new home.  There are some organizations out there that rank states, cities, and businesses by according to how welcoming they are.  These same groups may also be more visible in certain cities, which is great if you enjoy volunteering with a charitable organization.  Here are some of the best LGBT organizations in the U.S. that you might want to work with or listen to when selecting a new place to live. 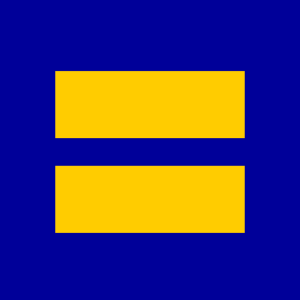 The Human Rights Campaign is perhaps the most visible LGBT group.  They do a lot of work for equality, including supporting LGBT candidates, homeless shelters, and more.  You’ll find that the HRC is always needing volunteers, but you’ll also find that they want you to pay yearly membership dues, and the group does spend a good amount of money on fundraising.  Still, they’re a very visible organization that does a lot of good.

The Trevor Project focuses on suicide prevention and crisis counseling.  It seems like we hear about another LGBT teen committing suicide every day, and that’s what the Trevor Project seeks to stop.  They operate a free crisis hotline staffed by trained counselors, plus a confidential online chat service for those who have questions about their sexuality or gender identity.  While the crisis hotline requires volunteers to be trained, the online service accepts volunteers.  If you live in one of the seven major cities that have a Trevor Ambassadors program, you can also volunteer that way.

This institute, also called the Victory Fund, provides funding for the LGBT leaders of the future.  The group operates a number of educational programs and after-school programs.  They have also partnered with President Obama before he took office to help him identify LGBT people who could fill key positions in his administration.  Best of all, the Institute is very careful about how they spend their money: less than ten cents of every dollar given to the Victory Fund is used for administrative costs.  They are by far the most efficient LGBT group as far as budgeting goes.

CenterLink helps support new and existing LGBT community centers.  They help new centers do the paperwork and find funding to get up and running, and they assist existing centers by providing training and spreading information about new programs and funding sources.  You can volunteer with CenterLink directly (especially if you live in Fort Lauderdale, FL, where they are headquartered), or you can work with a local LGBT community center that works with CenterLink.