As one of the most southern states, few gay or lesbian people think about moving to Georgia.  But while the state’s reputation may be deserved in some parts, others are much more accepting.  Atlanta, for example, is home to a fair number of LGBT people. Georgia is worth considering.  Let’s take a look at the state’s history with LGBT laws.

The state was actually fairly late in removing its sodomy laws.  They were still on the books until 1998, when the case of Powell v. Georgia made both same-sex and opposite-sex consensual sodomy legal.  This was just five years before Lawrence v Texas, which struck down all laws that made homosexual acts illegal.

Georgia also didn’t blaze any trails in the area of same-sex marriage—it took the Supreme Court ruling in Obergefell v. Hodges to make it legal.  However, unlike some of the other southern states, the Attorney General of Georgia made it clear that they would follow the ruling and not try to fight it or deny anyone a marriage license.  County clerks began issuing marriage licenses immediately.

Prior to this decision, same-sex marriage had been prohibited by the 2004 constitutional amendment. Some of the more liberal cities such as Atlanta had instituted domestic partnership registries for their city employees, however.

However, in 2011, the Eleventh Circuit Court of Appeals did rule that firing someone due to their nonconformity to standard gender roles was unconstitutional.  This legal precedent may be used in future cases.

The state has no hate crime laws for LGBT citizens.  However, those who have undergone gender reassignment surgery may legally amend their birth certificates.

With this lack of protection, you may think that everyone is Georgia is very close minded.  However, that’s not true.  According to a poll taken in 2013, 48 percent of all citizens of the state are for same-sex marriage, which isn’t a huge amount, but it’s higher than many might think.  Only 43 percent believed it should be illegal, while the remaining 9 percent were not certain.  This is up from a 2012 poll that found only 27 percent of Georgians supported same-sex marriage.

For many LGBT people, the idea of living in San Francisco is heaven—it’s the city of acceptance, the place you can walk down the street holding hands with your partner without fear of being called names.  You can shop at all the amazing stores on Castro street, eat great food, and enjoy the cool sea breeze.  But a lot of people move out to San Francisco without really looking at what life in the city is really like.  That’s why it’s always important to talk to gay or lesbian Realtors before making the move.  Here are a few things you may not know about the Bay Area that could influence your decision to move there.

It’s Chilly in the Evening 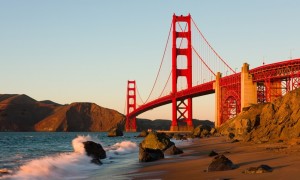 When people think of California, they think of sunshine and warm beaches.  But San Francisco tends to get somewhat cool during the evenings, and it’s not that uncommon for the temperature to drop by ten degrees or so.  For those who like the cooler weather, this is great news.  For those who expected bright, sunny days, the cooler temperatures and fog may be a letdown.

Every Neighborhood is Different

This is true about a lot of cities, but it seems to be especially true about San Francisco.  While every neighborhood is quite open and welcoming, each also tends to attract certain types of people.  For example, the Noe Valley area tends to be home to families with children, while the Mission neighborhood is more hipster.  You might want to spend some time in the neighborhood surrounding your potential new home before buying.

This is probably something everyone already knows, but it bears repeating: San Francisco is expensive.  If you’re planning on renting while looking for a house, be ready to pay $2,000 or more a month to live in certain parts of the city.  Then there’s the overall cost of living.  Taxes are actually fairly high in San Francisco, plus your basic food and utility costs are also higher.  Be sure to account for this increase in expenses when you’re talking salary with your employer.

There are Tons of Events

Say goodbye to your weekends!  San Francisco has tons of things to do, so it’s perfect for those who want to get out and do stuff on a regular basis.  You’ll find no end to different cultural events, sporting matches, and more.  Streets are often closed off for different activities, too, so be sure to take that into account when driving.  Public transportation is rarely affected, though, because they adjust their routes ahead of time.

Colorado is known for its snow, Pike’s Peak, and, more recently, the legalization of marijuana.  But the state is also known for being fairly liberal in some ways.  LGBT people who are considering a move to Colorado will certainly want to know what the state has to offer.  Gay and lesbian real estate professionals can certainly tell you about the best places to live in Colorado and provide you with some basic information about how the state treats its LGBT citizens. 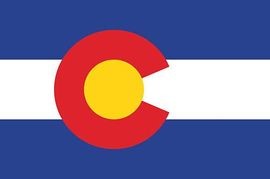 Colorado did have anti-sodomy laws on the books, but those laws were removed in 1971.  However, at the same time, same-sex displays of affection were classified as public indecency.  Fortunately, that law didn’t last very long: in 1974, the state Supreme Court struck it down.

Many people would be surprised to know that there were a number of same-sex couples who received marriage licenses in 1975.  However, the state attorney general found that the marriages were not legal, and after a federal court case, no more licenses were issued.  Later, in 1996, a bill was passed that would have formally banned same-sex marriage, but the governor vetoed it.  The referendum passed in 2006, though, did officially prevent same-sex couples from marrying.  Later attempts to ban civil unions failed, and the state officially enacted civil unions in 2013.

In 2014, nine different LGBT couples sued the state, and on October 7 of that year, county clerks began issuing marriage licenses to all couples regardless of gender.

In Colorado, second-parent adoptions are legal.  Married couples do have an easier time adopting, however.

Conversion therapy aimed at minors is still legal in Colorado; a bill attempting to ban this passed the state House in March of 2015 but did not pass the Senate.

If you’re moving to Colorado, where’s the best place to go?  If you have a job in a particular area, you don’t always have a lot of choice in the matter.  However, if you do have some leeway and don’t mind a big city, Denver is definitely welcoming, as is Boulder.

If you ask a gay or lesbian Realtor about LGBT friendly cities, you’ll probably expect to hear names like San Francisco, Seattle, and New York City.  However, there are a number of surprisingly LGBT friendly cities out there that people don’t often think of.  We’ve listed some of these before, but here are a few more cities you might consider moving to if you’re looking for places that are both welcoming and not as expensive as New York or California. 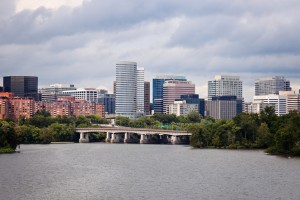 Most people assume that because Tennessee is considered a southern state that it’s fairly conservative.  However, that’s not true of the entire state.  In fact, Chattanooga is actually a very welcoming city that many LGBT people call home.  It has the country’s highest percentage of LGBT politicians to city residents, for one thing.  Because of this, it’s only the second city in the state to provide domestic partner benefits to city employees.  The LGBT population of Chattanooga continues to grow at a good rate.

While Washington, D.C. is quite popular among LGBT people, it’s also fairly expensive.  Fortunately, Arlington isn’t that far away, but it’s just as welcoming and isn’t nearly as expensive.  The city has an LGBT rodeo association, several elected out officials, and a number of gay and lesbian-owned businesses.  All of this led Arlington to a spot on the 2014 Gayest Cities in America list published by The Advocate.

Las Vegas is more than just a great tourist destination.  The city is very welcoming to LGBT people who decide to settle there permanently.  The strip isn’t representative of the city—it’s not all partying, gambling, and staying up all night.  Once you get away from that area, the city is actually fairly quiet, and real estate is fairly cheap.  According to a poll done in 2014, 4.3 percent of all Las Vegas residents identify as a part of the LGBT community, giving the city the 14th largest LGBT population in the U.S.

When people think of gay-friendly cities in Massachusetts, they think of Boston.  However, Worcester is also a great place for LGBT people.  The city is located not too far from Boston, but it’s a lot cheaper.  It’s got that small town feel to it while still being a large city.  It actually ranks above Las Vegas in terms of LGBT population, with 4.4 percent of residents identifying as LGBT.  Worcester is something of a college town, which means the population does cater to younger generations, but that doesn’t mean it’s not welcoming to older LGBT people.