Nebraska is located almost dead center of the United States, but its central location doesn’t necessarily make it a hot destination for LGBT people.  Part of this is the state’s reputation for being nothing but a treeless prairie with little to do.  It’s true that much of the land in the state is used for cattle ranches and farming, but Nebraska does have several large urban areas, including Omaha, Lincoln, and Bellevue.  But as an LGBT person, should you move to the state?  Gay and lesbian realtors have often been asked this question, and the answer usually depends on what you’re looking for.  As far as basing your decision only on LGBT rights, though, the answer is a little easier to determine because there are some areas of the law that are not exactly LGBT-friendly. 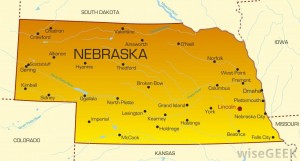 A look at Nebraska’s history with LGBT rights starts off fairly positively—the state repealed sodomy laws in 1977.  In fact, this repeal is rather unique in that it’s the only sodomy statute that was repealed by a veto override.  Then-Governor J. James Exon had vetoed the original legislation that would have revised the state’s criminal code and removed sodomy from it, but the legislature voted to override this.

In 2000, voters of the state passed a constitutional amendment defining marriage as between a man and a woman.  That ban was set to be struck down in 2005/2006 by the case Citizens for Equal Protection v. Bruning, but the Eighth Circuit Court of Appeals overturned a lower court ruling and determined that the ban was constitutional.  It was struck down again in 2015 in Waters v. Ricketts, a decision that was stayed until Obergefell v. Hodges was heard by the Supreme Court.  When that case resulted in the legalization of same-sex marriage nationwide, the Attorney General of the state quickly issued a statement saying that Nebraska would comply with the ruling.

Raising a Family in Nebraska

The state of Nebraska allows individuals to adopt children regardless of sexual orientation, and it does not have any laws explicitly prohibiting same-sex couples from adopting.  However, second-parent adoptions terminate the rights of the other parent.

The children of LGBT couples may face discrimination and cruel comments any time of the year, but as many gay and lesbian parents know, it can be especially bad at Halloween.  Kids may get a very cold reception if they knock on the door of very conservative or religious homes, especially if both parents are with them.  Here are a few different things you may want to do prior to Halloween to get an idea of how the holiday is going to go for your family.

Learn about the Neighborhood 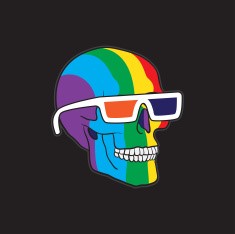 Find out what kind of attitude your neighborhood has towards LGBT people.  This is one thing you may have done before you moved into the area.  A gay or lesbian realtor will usually alert their LGBT clients to potential harassment issues, plus they can often let you know about any particular neighborhoods they’ve learned to avoid or businesses that skirt the edge of discrimination.  If you know other LGBT people in your neighborhood, you may talk with them to see if there are any houses you should skip.  A number of the very religious people are anti-Halloween and won’t be handing out candy anyway.

Talk to Your Kids

Chances are that your kids have already had to deal with a similar situation in the past.  As sad as it is, many of them may already be very familiar with the hatred some people have towards their parents.  However, they may not have had such discrimination aimed at them before, and on Halloween, it’s likely to be.  Talk to them about LGBT discrimination and how some people view gay or lesbian parents.  But also use this time to remind them that those views are wrong and that their family is full of love.  No one particularly wants to have this type of conversation, but until it’s completely unnecessary, it’s better to have it before an incident occurs.

Kids often want to trick-or-treat with their friends, so it’s not unusual to see several parents acting as chaperones to five or six kids.  In addition to helping you keep track of your kids, doing Halloween with a couple of other parents is a good idea for several reasons.  It helps keep your children safe since there will be more adults there in case of an emergency, and it means another adult or two will be on hand to help diffuse any tense situation that arises due to discrimination.

A recent study of the homes in San Francisco done by housing economist Ralph McLaughlin has revealed something many find shocking: 63 percent of all the homes in the city are now valued at over 1 million dollars!  This doesn’t just include single-family homes; it also includes town houses and condos.  This increased value has, for some homes, happened almost overnight.  In 2010, only 39 percent of all houses in San Francisco were in the $1 million dollar category. 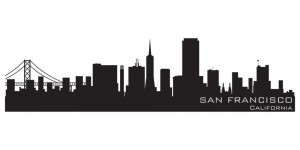 San Francisco hasn’t been lower-income friendly for quite some time—those on the lower rungs of the pay scale have found that it’s much easier to commute into the city proper for work than it is to try to afford housing since even rental properties have increased dramatically.  However, now those classified as middle-income have found that they don’t make enough to live on even the outskirts of San Francisco.  Some people who make a six-figure a year income are even having some issues with buying a new house due to the runaway market.

Of course, like any city, San Francisco has some neighborhoods full of expensive properties and some with lower-end properties, although even these lower-end homes are now becoming unaffordable to some.  But it’s the expensive neighborhoods that are now seeing more and more homes sitting empty.  These houses aren’t selling because of the price tags.  When almost every home in the neighborhood is priced at $1 million or above, it’s hard to bring in new buyers.

Just like the city overall, some of these neighborhoods saw a huge jump in expensive properties.  Inner Sunset, for example, is now almost completely full of million dollar homes, when in 2010, only 31 percent were above that price point.  Likewise, the Central Richmond neighborhood is 96 percent million dollar plus houses, while in 2010 it was at 45 percent.

Because more homes are going unsold for longer amounts of time, some experts are expecting the housing market in San Francisco to go through a downturn.  While the properties may still be valued at over one million dollars, the selling prices will have to drop in order to sell the properties.  Many owners may turn to their gay or lesbian real estate agents and, in desperation, lower the price repetitively until the home sells.  While this may be great for buyers, sellers will have to make a hard decision: sell for less than they have in the home, or continue its upkeep while hoping for a buyer.

Pittsburgh, Pennsylvania, is a beautiful city.  It has all of the charm of a city in New England, yet it also has the history of the steel industry and an overall industrial feel to it that’s both contradictory and yet oddly complimentary to the natural beauty of the area.  The city is also home to a number of LGBT people and several major advocacy groups.  Moving to Pittsburgh can be a great move, but you do need to know what you’re getting into. 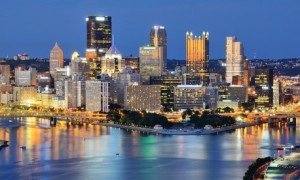 There are a number of great LGBT groups in Pittsburgh, including the Garden of Peace Project, Dream of Hope, New Voices Pittsburgh, and the Gay, Lesbian, and Straight Education Network.  All of these groups have worked together on various projects, including Pittsburgh Pride events.  If you move to the city, you’re sure to find a group or community in which you feel at home, and you’ll make some great friends, too.  Your gay or lesbian realtor may be able to give you more information about some or all of these groups.

Pittsburgh and the state of Pennsylvania were actually fairly early in same-sex rights.  For example, the state repealed its sodomy laws between 1972 and 1980, and same-sex marriage became legal in May of 2014.  Much of the state is very open to LGBT people, and Pittsburgh is no exception to that.  Parts of the city, especially the East End, tend to be very welcoming and open.  Some people fly rainbow flags from their house or have bumper stickers on their cars and have no worries about it.  Other LGBT neighborhoods include Friendship, Shadyside, and Squirrel Hill.  There are also a number of gay bars and LGBT-owned businesses throughout the city, including the downtown area.

Where the State Stands

If you’re moving to Pittsburgh, you probably want to know about your rights there.  Second-parent adoption is legal, and same-sex couples can jointly adopt.  Due to a technical issue, the state does not have any hate crime law that covers LGBT individuals.  However, attempts have been made to change that.

As far as discrimination goes, there’s no law protecting LGBT people from workplace discrimination, but the state was the first in which state LGBT employees were protected—the governor issued an executive order back in 1975.  Gender identity was added to the order in 2003.

While the lack of hate crime protection is disappointing, Pittsburgh is still a great place to move to.  It’s a welcoming city with many LGBT neighborhoods.

If you’re a young LGBT person in your twenties and are looking for a new place to live, you may immediately think of San Francisco or New York.  While these two cities can be great for an up and coming LGBT professional, they’re also very expensive.  Any gay or lesbian realtor will tell you that you’re going to get a very small living space for a lot of money.  That’s not to say there aren’t great advantages to these two cities that make it worth every penny—there definitely are!  But there are a few other places where your dollar will stretch farther.  Here are three cities that have been identified as great places for 20-something LGBT people to move to. 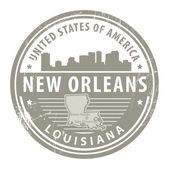 It shouldn’t come to anyone’s surprise that the home of Mardi Gras is also the home of a large LGBT community.  New Orleans has a great number of young gay and lesbian people, is very budget-friendly, and has some amazing food on top of it all!  There are a lot of gay clubs and businesses in the city, too, plus you can celebrate Mardi Gras every year without leaving home.

If you’d rather move northward, Seattle is a great choice.  It’s ranked as one of the most progressive cities in the country, and it has a thriving LGBT community.  Need more incentive?  In 2013, Forbs listed Seattle on their top 10 cities for finding good jobs, and U.S. News and World Report concurred, putting the city on their top ten list, too.  That means it’s the perfect place to begin your career while making a fresh start.  Don’t forget Seattle Pride, which brings more than 50,000 people to the city every June.

Few people would expect a city in Texas to be a gay mecca, but Austin is actually very welcoming and progressive.  In fact, it has a very diverse and active LGBT community and is much more liberal than the surrounding areas.  Forbes ranked the city #1 for new professionals looking for jobs in 2014, so it also has that going for it!  There’s also no state income tax, and housing prices are very reasonable, so a limited budget can go a long way in Austin.  There’s a lot to do in Austin, too, such as the annual SXSW festival and, of course, Austin Pride.

If you want a new place to establish your life and your career, these three cities should definitely be on your list.