New Mexico is a popular retirement area because of the dry heat, lower housing costs when compared to Arizona, and the gorgeous scenery.  But is it a good place for LGBT people to retire or move to?  With several large cities, including Albuquerque and Santa Fe, the state does have some majorly progressive areas.  Santa Fe, in fact, has been called one of the country’s gay capitals, while Albuquerque has appeared on a number of great gay friendly places to live. 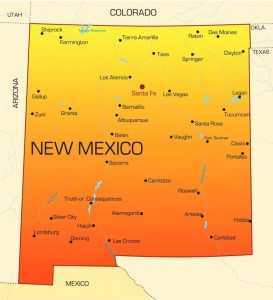 While most states specified marriage as between a man and a woman in their state statutes, New Mexico is one of the only states that never specified gender in any legal regulation regarding marriage.  Because of this, the decision to issue marriage licenses to same-sex couples was always somewhat up in the air.  The state long had a history of leaving the decision in the hands of the county, and in 2013, eight out of the 33 counties in the state began offering same-sex marriage license.  Those eight, however, were the largest and actually contained more than 50 percent of the state’s population.

Even though same-sex marriage was not recognized until 2013, the government had provided same-sex partner benefits to state employees starting in 2003.

If you want to be parents in New Mexico, the process is just as easy as it is with opposite-sex couples.  Single people and same-sex couples can adopt, and second-parent adoptions are fairly common.  IVF and sperm donor insemination is easily accessible for lesbian couples, too.

New Mexico does include sexual orientation and gender identity in its hate crimes laws.  An executive order from 1985 already prevented discrimination based on orientation in public employment, but legislation passed in 2003 extended that protection to include gender equality and to add protections for housing, credit, employment, and union memberships.  Cases filed against businesses that have discriminated against LGBT people have been successfully fought in court provided there is enough evidence.

Overall, New Mexico is a fairly welcoming place for LGBT people, especially if you’re moving to one of the larger cities.  In addition to Santa Fe and Albuquerque, Taos is another good option.  Most people would say to avoid the southern part of the state, however, because it does tend to be more conservative.

There are a good number of gay and lesbian realtors out there, but there are also a good number of straight realtors who are more than willing to work with members of the LGBT community in finding the perfect home.  A good number of realtors don’t care who you’re married too—they just want to match people up with their dream houses.  But you may not feel comfortable coming right out and asking a potential realtor how they feel about same-sex couples.  There are a few signs you can look for, though, that may give you an idea of how a realtor sees the LGBT community.

Look at their Language 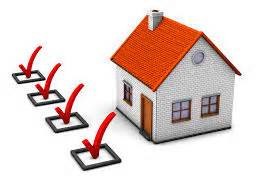 Does the realtor describe a bedroom as having “his and her” closets or a bathroom as having “his and her” sinks?  While this doesn’t mean that they’re going to discriminate against gays and lesbians, it does show that they haven’t really considered working with LGBT people.  In some cases, it’s just language that they’ve never thought about, but it can show an indication that they would prefer not to sell to gays and lesbians.  Look for realtors who use gender-neutral terms like “double closet” or “double sink.”

Do they Market Specifically to the LGBT Community?

Is there any specific LGBT marketing being done?  Do they have an ad in a local LGBT newspaper, and do they work with the LGBT chamber of commerce in your city?

Do they Try to Steer you towards Gay Neighborhoods Only?

When you tell a realtor you’re a member of the LGBT community, do they suddenly seem to think you only want to live in one part of town?  If it seems like they want to pigeonhole you or, on the other hand, don’t know much about the LGBT areas in the city, you may want to reconsider working with them.  They may have no intention to discriminate, but they may simply have very little experience working with LGBT clients or knowing what they want.

Do you want an easy way to avoid the guesswork? Then consider finding a realtor on GayRealEstate.com and know that you will be represented perfectly!

Indiana is home to some 6.5 million people, so of course some of them are going to be LGBT.  This is especially true in the larger areas such as the Indianapolis metro area.  While the state’s capital has one of the larger LGBT populations in Indiana, there are also gay neighborhoods and communities in cities like Fort Wayne, Evansville, and Bloomington.  If you’re talking to a gay or lesbian realtor about moving to Indiana, they may suggest one of these larger cities.  They may also relay some of the following information about the state and how it treats its gay and lesbian citizens. 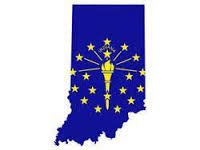 States such as Texas continues to have sodomy laws on their books until 2003, but Indiana actually removed its same-sex sexual activity laws back in 1977.  While the state wasn’t exactly embracing the LGBT community, lawmakers and citizens did at least realize that what consenting adults did behind closed doors was their own business.

In 1986, a state statute prevented same sex marriage, and in 1997, legislation passed that refused to recognize same-sex marriages from other states.  Some conservatives in the state began trying to pass a constitutional amendment stating that marriage was between a man and a woman in 2004, but it failed.  The amendment was put forth every year thereafter, and while it did pass both houses in 2005 and 2011, it never went to a vote of the people due to a number of different reasons.  Polls conducted in 2012, 2013, and 2014 all showed that the citizens of the state were fairly split on the issue.

The case of Baskin v. Bogan in 2014 challenged the 1986 ban, and in June of that year, the ban was struck down.  A stay was not issued, and marriage licenses were issued for two days before the Seventh Circuit ordered a stay following an appeal by the Indiana Attorney General.  However, the Seventh Circuit upheld the lower court’s decision, and it passed on to the Supreme Court.  On October 6, 2014, the U.S. Supreme Court passed on hearing this appeal, making same sex marriage legal.

Single LGBT people may adopt children as permitted by Indiana statutes, and in 2006, the Court of Appeals extended this right to all unmarried couples, including LGBT couples.  Local courts in some areas have also stated that same-sex partners may adopt their partner’s adopted or biological children.

Indiana does not classify crimes based on sexual orientation or gender identity as a hate crime.

Some LGBT people are out and proud, and they don’t care who knows.  These people will announce their sexuality to their realtor, loan officer, and anyone else who asks.  However, some LGBT people aren’t as out or as vocal about it.  They may seek a gay or lesbian realtor because they know coming out to them won’t be a problem.  There’s no chance they will be discriminated against because of their orientation.  But what about coming out to the person processing your mortgage, or to the agent at the title company, or the inspector?  Do you have to completely out yourself to buy a house, even if it makes you uncomfortable doing so?

Are you Buying as a Couple? 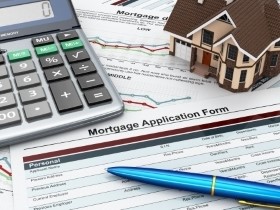 If you’re married, it goes without saying that you will have to state this fact on the mortgage paperwork, and you’ll most likely want both of your names on the property deed.  The good news here is that gay and lesbian realtors will be able to point you to lenders who are known for being LGBT friendly.  They also work with title companies that don’t discriminate.  You don’t have to fear coming out.

If you’re not married, though, you will be seen by the lender as two individuals purchasing real estate together.  From the viewpoint of the company and its paperwork, it doesn’t matter what kind of relationship the two of you have.  Your finances will be evaluated the same way if you’re two same-sex individuals, two opposite-sex individuals, family, in business together, etc.  However, the person processing the loan may not be as objective.  If they don’t ask about your relationship, you’re not obligated to disclose it.  You will need to disclose any other joint loans, property, bank accounts, etc. that the two of you have.

If you’re buying a property as an individual, your orientation shouldn’t matter at all.  This is especially true if you don’t currently have a partner.  You shouldn’t be asked, and if you are, you do not have to answer.  Of course, if you feel comfortable discussing it with your realtor, you can ask about any gay neighborhoods in the area, how LGBT employees are protected (if at all), and what LGBT-owned businesses are in the area.

When it comes down to it, you only have to disclose your orientation if you’re married.  Otherwise, it should have no impact on if you are financially secure enough to purchase a home.