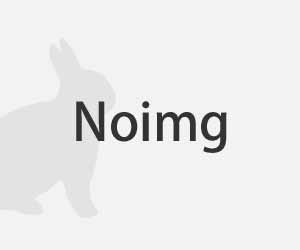 When someone mentions moving to a city that’s very supportive of its LGBT citizens, many people immediately think of San Francisco, Seattle, or New York City.  However, while these cities do have large LGBT communities, there are actually a number of other cities out there that are just as welcoming, if even not more so, than the ones that immediately come to mind.  Here are a few of these underrated LGBT-friendly cities. Albuquerque, New Mexico, may often get passed over in favor of Taos and Santa Fe, but the city […]

When you usually think of welcoming, open places to live, you probably think of large cities.  New York, San Francisco, and Seattle are known for their large, diverse populations.  Smaller cities, on the other hand, are more associated with close-minded groups of people who dislike change and don’t want to live near anyone who isn’t like them.  However, there are some small cities that are surprisingly LGBT-friendly.  Here are a few of them. Eureka Springs, a small mountain city in Arkansas, is the state’s gay capital.  The town has a […]

While the name “United States of America” makes this country sound like a unified nation, when it comes to LGBT rights, the states are anything but united.  The people of some states were quick to accept their LGBT brothers and sisters, while others have passed bans that make them second-class citizens.  If you’re considering moving and want to find a home that’s much more LGBT-friendly, here are a few states that many gay and lesbian real estate agents recommend. It might surprise some people to learn that California tops the […]

If you ask a gay or lesbian Realtor about moving to Iowa, you might expect some sort of joke in reply.  What’s in Iowa?  You might be surprised to learn that Iowa was actually one of the first states to offer a lot of same-sex rights.  It was the fourth state to legalize same-sex marriage, but even before then, the state had made a number of steps forward. While some states continued to classify sexual conduct between two consenting same-sex adults as a crime well into the 1990s and 2000s […]