When a married opposite-sex couple goes into a financial institution to get a mortgage, it’s automatically assumed they will both be on the loan.  However, when a same-sex couple applies for a loan, that’s not always the case.  In fact, even in states where gay marriage is legal, a lender may not immediately realize that a same-sex couple is applying as a couple. 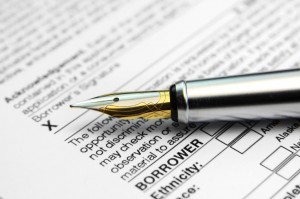 There really isn’t a huge advantage to being married or applying as two single individuals.  However, when a same-sex couple who is not married applies to buy a home together, they do need to realize that both of them will have to supply all of the income information necessary.  Both credit reports will be pulled, and the income and debt both individuals bring to the table will be fully considered when determining how much money they will be able to borrow.

This means you’ll need to go through both your own credit and your partner’s to make certain you are both in a financial position to purchase a home.  You’ll need to make certain that the lender knows you’re applying as a couple who are, for all intents and purposes, married even if the state doesn’t recognize your union.

There is one exception where married individuals have a guaranteed advantage over couples who are not married, regardless if they are straight or gay, and that’s when the couple is applying for a VA mortgage.  The VA will assist veterans and, in some cases, surviving spouses get a home loan with specific rates and terms.  The VA guarantees that a percentage of the loan is covered, thus allowing the lender to offer better terms that they may not otherwise offer.  If you’re a veteran, your spouse may be listed on the mortgage even if he or she isn’t a veteran.  If you’re not married, however, both applicants must be veterans in order to qualify for a VA loan.

Unmarried same-sex couples, though, do have one possible advantage—if one person has bad credit and the other makes enough money to qualify for a mortgage on his or her own, there may be no need to list the other person.  While this does create some ownership problems that have to be dealt with via something like a domestic partnership agreement, it can help get more favorable loan terms.

Before you apply for a mortgage, you should talk to a gay or lesbian real estate agent.  He or she will be able to walk you through the mortgage application process and give you a checklist of everything you’ll need when you visit a lender.  Your realtor will also understand any particular state laws or special mortgage rules that apply to married and unmarried couples.

Are you looking for a great new place to live?  While everyone knows that San Francisco and New York City are gay and lesbian havens, few people have heard about some of these up and coming gay neighborhoods.  They’re some of the most popular new places for those in the LGBT community to live, and many of them are quite affordable.

The first of these up and coming neighborhoods is Hilltop, located in Tacoma, Washington.  Hilltop is full of older buildings, many of which have been designated or are in the process of being designated as historic landmarks.  The neighborhood has a very large gay and lesbian population, and the number of gay-owned businesses is on the rise.  Washington is also one of the most LGBT-friendly states in the nation, which is certainly a plus.

South Second in Milwaukee, Wisconsin, already has a reputation as the fashion and arts district of the city, but in recent years, a large number of LGBT businesses have moved into the area.  This area has been described as quaint and charming, and it’s perfect for those looking for a quiet place to live.

Another up and coming LGBT neighborhood is Oak Cliff, a part of Dallas, Texas.  Over half of the businesses in Oak Cliff are owned by LGBT business owners.  The area is full of artistic and cultural experiences, plus the historic buildings create a very unique atmosphere.

Washington Square West in Philadelphia, PA, is known as being the night life hot spot in the city.  If you’re looking for a neighborhood that doesn’t get started until the sun goes down, this is the place.  Washington Square West doesn’t look like a party town by day, though—the area has an old-timey feel to it that’s very charming.

Finally, there’s the South End of Boston, Massachusetts.  This very diverse neighborhood features a fairly young professional population.  It’s also very welcoming to the gay community.  There’s an emerging artist community in the South End, plus there are a lot of new small businesses and little bistros and the like.

These are just a few of the small up and coming gay neighborhoods that are making headlines as great places to live.  Chances are, there are a few of these hidden gems in just about every large city in the U.S.  A gay or lesbian real estate agent will be about to point you in the direction of some of the best places to live.

There are a lot of different questions you might ask your realtor when looking at properties, but having a LGBT realtor on hand means you can ask many questions about the legalities regarding same-sex couple homeownership and about the local culture.  While searching online or talking to other people can give you an idea of how you might fit into your neighborhood, realtors often have information about schools, doctors, and other areas you may need to explore if you’re moving to a different city.  Knowing what questions to ask your realtor is important.

Can we legally get married in this state? 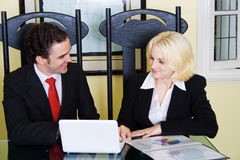 If you’re moving to a different state, this is one of the first questions you may want to ask.  Being married or entering into a recognized civil union provides you and your partner more options when it comes to owning real estate.  It’s a very important question to ask since it can determine many things.

If same-sex marriage is currently illegal, you may want to ask where the state stands in the current court battles.  As of September of 2014, there are a number of cases that could change the legality of marriage in several states.

How welcoming are the schools here?

LGBT couples with children or who may be thinking about adopting children will want to know how the school systems treat same-sex parents.  Some may find that they’re better going with private schools if they can afford them, while others may learn that public schools are very accepting.

Does the state protect LGBT workers?

Some states have laws regarding discrimination, while others do not.  In some areas, your boss may actually be legally allowed to fire you if he or she finds out you’re homosexual or transgender.  Knowing about this beforehand can help you decide how out you want to be in the workplace.  LGBT realtors will certainly know about this as it directly affects them.

Have hate crimes been committed in the area?

This is very important to know.  If other gay and lesbian couples have had crimes committed against them in the area you’re considering moving to, you may want to look for a different neighborhood.  This is especially true if you are an out and proud person—these are the people who are often targeted first.  Your realtor may be able to direct you to a neighborhood where you’ll be able to be yourself without being afraid of being attacked.

The Federal Fair Housing Act outlines all of the ways in which a landlord, seller, or financial institution may not discriminate against tenants or those looking to purchase a home.  However, this act was written in 1968, so it’s fairly outdated.  It prohibits any discrimination based on color, race, sex, religion, national origin, disability, and familial status, but it says nothing about sexual orientation.  The act hasn’t been amended since 1990, and while attempts have been made to get orientation added to the list, it hasn’t happened yet. 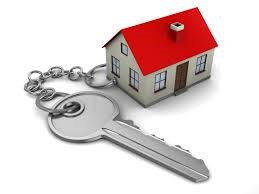 What this means is that insurance companies, landlords, and financial companies can treat LGBT couples differently.  Couples may be told that they can’t put both of their names on an insurance policy or on the title.  Some insurance companies may even later cancel a policy or refuse to pay out on a claim because they see the two owners are, in their eyes, unrelated and in no kind of committed relationship.

The good news is that there are some states that do include protection for same-sex couples in real estate.  Currently, there are 14 states plus the District of Columbia that protect same-sex couples from housing discrimination.  Only four of these states, however, include provisions for gender identity.  Some companies and agencies also protect buyers and renters regardless of their sexual orientation and gender identity, but the degree of protection may vary from company to company.

It can be difficult knowing how to handle this type of discrimination, especially if you aren’t expecting it.  It can also sometimes be hard to tell even if you are being discriminated against.  Did the property really go under contract as soon as you left, or did the agent realize the man with you wasn’t just a friend?  Discrimination isn’t always apparent and accompanied by shouts of horrible words.

One way to make sure you aren’t discriminated against is to hire a gay or lesbian realtor.  They will understand all of the property laws and how they affect LGBT couples in the state.  They will also have connections with lenders, insurance agencies, and other professionals who will be more than willing to work with you.  If you suspect you’ve been the target of discrimination in any way, you should also discuss it with a gay or lesbian realtor.  They may have heard of other stories regarding the same people who discriminated against you and may know what further steps can be taken to ensure this discrimination doesn’t happen again.