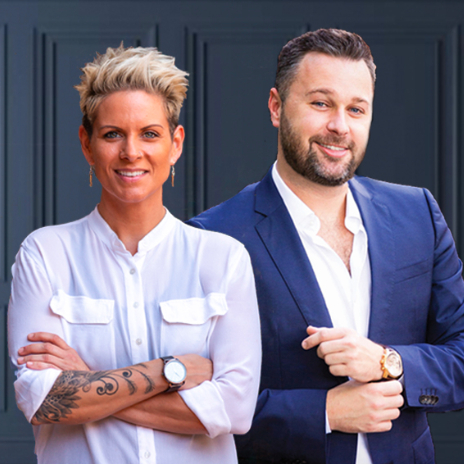 Altamonte Springs, Orlando
Contact Kate and Nick
Buying a home is one of the most important moments in a person's life and we want to be a part of that. Expect honest conversations, full attention, and the occasional bad pun because Kate just can't help herself. We know how hard you have worked for these moments and you are entitled to nothing but the best. Low pressure. Exciting. And most importantly, life changing.

Nick and Kate have been best friends for 15+ years.

Originally from Boston, Kate moved to Florida in 2003. While here, she attended college for interior design at the International Academy of Design and Technology in Orlando. With a passion for artistic design and the ability to help others with creating their dream space, she took it a step further and became a licensed Realtor in 2009 where she could make that dream space become their dream home. Kate's passions also include making music as well as raising her 10 year old son. This experience coupled with years of experience in the hospitality business has provided her with skills she can use in her daily real estate transactions and a unique ability to connect with her clients.

Growing up with a father in the Air Force, Nick constantly found himself relocating and understands the value of placing roots in a permanent foundation. Arriving in Orlando in 2003, Nick has spent much of his time making art, backpacking the world as well as volunteering at the Zebra Coalition, an organization servicing underserviced LGBTQ+ youth in Central Florida.

He recently stepped down as the Director of Events and Sponsorships for CBS Radio where he worked with clients to build experiences that directly connected businesses to their consumers in engaging non-traditional formats. His extensive work in the hospitality industry has also added to his passion of forming long-term relationships filled with both honesty and laughs. He strives to make this not just an easy next step but one you will enjoy through the entire process.

Kate and Nick have lived in Orlando for nearly 20 years. Both are extremely involved in the community to managing and bartending in the LGBTQ+ nightclubs, to volunteering with a number of its nonprofits, they are well versed in the LGBTQ+ livelihood of Orlando.