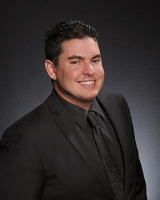 Coming from a team of real estate agents with over 2,000 homes sold and decades of experience, Chris leads a balanced Californian life. Chris is a sports fanatic and also enjoys travelling. Born in Long Island, New York, Chris moved to Southern California in the mid-1980's where he has lived ever since.

In 2004, Chris would move to Perris from Irvine and begin what would be a dominating run in the Inland Empire in real estate sales. Chris would then relocate to Hemet in 2005 and has remained in the Hemet and San Jacinto area ever since. Since that time, Chris and Andrea would sell over 1500 homes working hand in hand covering a massive geographical area in Riverside, San Diego and Orange Counties with an emphasis from Cathedral City to Corona and Cherry Valley to Murrieta/Temecula.

Chris has a college degree in Real Estate and works year after to year to keep ahead of the competition through continuing education online and at live events. Chris is a master negotiator and has an uncanny ability to consistently price his listings correctly so that they sell in a timely manner.

Reach Chris anytime by clicking the "Contact Chris" button, for a prompt reply!

While studying to become a real estate agent, Chris worked for The Mike Ferry Organization, the #1 real estate training organization in the world. It was there that Chris fine-tuned the skills necessary to be competitive and efficient in a real estate market flooded with agents.