Illinois has often been considered one of the best Midwestern states for LGBT people to live in because it’s very liberal and welcoming.  The state removed all laws banning consensual same-sex activity in 1962, making it the first state to repeal such laws.  Illinois has also been ahead of the curve in civil unions and same-sex marriage.  Let’s take a look at what the state offers its LGBT citizens and why it may make a great place to live if you’re looking to move to the Midwest. 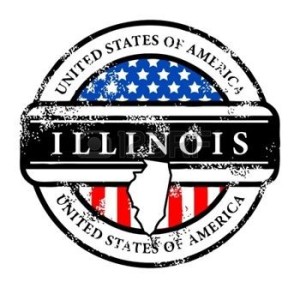 In 1996, a law was introduced that banned recognition of any same-sex marriage, and while it was opposed by a large number of citizens, it did pass and became law in May of that year.  This law also reinforced the amendment added to the state’s Marriage and Dissolution of Marriage Act.  Legislators had quickly moved to amend that act after seeing a case in Hawaii that seemed likely to make same-sex legal there.  While marriage was banned, civil unions did become legal on June 1, 2011.  This also gave some recognition to same-sex marriages performed in other states, although they were seen as civil unions.

Despite trying to pass a constitutional amendment banning same-sex marriage several times, it was legalized in November of 2013 by a state statute.  This statute passed the House by one vote and the Senate by two, but following the governor’s signature, same-sex marriage became legal on June 1, 2014.

Starting in 2006, the partners of all state employees have enjoyed benefits.  That same year, “sexual orientation” was added to the state’s nondiscrimination laws, protecting all LGBT citizens from being discriminated against in the areas of housing, employment, credit, and public accommodations.  While it’s not always the case, Illinois specifically defined “sexual orientation” as including gender identity, protecting all LGBT people.  This definition has also been used in the state’s hate crime laws.

In 2014, the state’s anti-bullying laws were expanded to include LGBT people, offering protection to students who were being harassed because of their orientation or gender identity.

The Illinois Domestic Violence Act is actually written using gender-neutral terms, which means it has always been applicable to same-sex couples without the need for any amending or rewriting.

Illinois has always allowed LGBT individuals or couples to adopt, and the state does allow second-parent adoptions.

There are two things to note about gender identity in the state.  First, in order to legally change gender on a birth certificate, the person must have gone through some gender reassignment surgery, although the law has been interpreted in several different ways.  Second, a law did go into effect in August of 2015 that allows people to specify their preferred gender pronoun to be used in all burial and funeral instructions.