Does it seem like you’re looking for love in all the wrong places? Ever since same-sex marriage was legalized, many LGBT couples have tied the knot. Getting married is more than simply declaring that they love each other—it also gives these couples a multitude of legal protections, including joint ownership of their property, medical visitation rights, and much more. But for those who are single, being invited to wedding after wedding seems like it’s rubbing salt in the wound, especially if they have been dating a lot but haven’t yet found the right person. For those who are looking to fall in love, Match.com has analyzed information from their online dating system and determined that these are the cities that have the highest potential for matching up life partners. 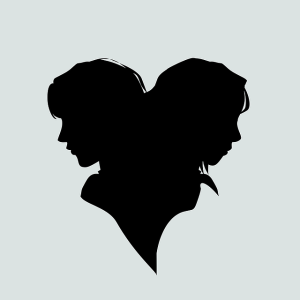 Of course, you can find love anywhere, so you don’t necessarily need to contact a gay or lesbian real estate agent and start making plans to move right now. But if you are thinking about a move, these are cities you might consider for a number of reasons, not just because you might find “the one.”

Men looking to find another man to fall in love with should, according to Match, start in many of the usual places. Cities such as San Francisco, New York, LA, Boston, Miami, and Washington, D.C. all made the list here. But there are a few cities you may not think of that, according to online dating users, are full of gay, bi, and trans men looking for others. New Haven, Connecticut and Lancaster, Pennsylvania, for example, may not be two cities you’d think of when thinking about major LGBT hubs.

But a couple of the cities on this list may surprise some people. Dallas, Texas, for example. Many assume Texas is conservative all the way around, but it does have some very liberal areas. Dallas is home to the huge Cathedral of Hope, the largest inclusive church in the country. Atlanta, Georgia, is another city some may not think of as welcoming, but it is.

For women, the list is even a little stranger. There are cities in Massachusetts (Springfield and Worcester) plus Palm Bay, Florida; Scranton, Pennsylvania; and Toledo, Ohio, all states that have been fairly progressive. Dallas is on the list, too, along with Austin, Texas (another liberal area). Then there’s Tulsa, Oklahoma, a city located in a very conservative state. New Orleans, Louisiana, may make some wonder, too, but again, it’s a very liberal city surrounded by some quite conservative areas.